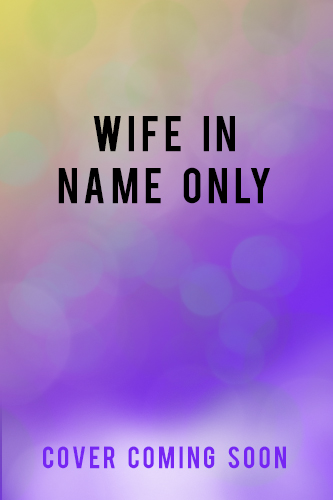 Wife in Name Only

Trapped in a loveless marriage, Zoe Hughes escaped to make a new life for herself on a tiny island in Tonga. Now she runs a successful boutique honeymoon resort. Selling true love is easy. No one needs to know she’s married in name only. At least until America’s premier honeymoon magazine wants to publish a feature on her perfect marriage. Now she must convince her estranged husband to rip himself away from plotting corporate takeovers in LA to save her island paradise.

Rory agrees to come for forty-eight hours, but only because he needs the positive PR. To his surprise, the wife he finds in Tonga isn’t the same woman he married. Now she’s so much more and he wants her back by his side in LA.

Can love be reborn on an island paradise or will the storm of the century rip them apart?

Zoe and Rory work well together, and their witty banter and dialogue ranges from funny to terribly serious, giving the book a lot of depth.
—RT Book Reviews (4 stars!)
…an emotional romance story and definitely worth reading. I was drawn in by the back cover summary of how one can renew love when you think it is gone and died.
—Guilty Pleasures Book Reviews